Stock exchanges, like the London Stock Exchange, New York Stock Exchange, NASDAQ, and others, all have set trading hours during which they are open for business. Did you know, though, that you can trade stock after hours as well? It’s true – and while there are risks involved, there are also potential rewards for those who understand the process and how to take advantage of it.

Here, I’ll explain after hours stock trading – how to break into this part of trading and navigate the risks involved.

How Can You Trade After Hours?

As you probably know, you can normally only trade stocks during an exchange’s normal operating hours. The London Stock Exchange, for example, is open for business from 8:00am to 4:00pm GMT, with trade reporting occurring 45 minutes prior to open and 15 minutes after close. The vast majority of all trading goes on during this time, from the opening bell to close. 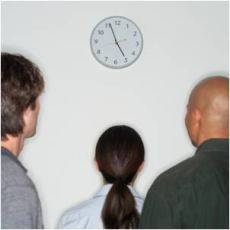 That doesn’t mean that prices can only move up and down during this particular time period, though. Have you ever noticed how a stock can close at, say, 50.00 a share and open the very next morning at 48.00, or 52.00, or some other number? Part of this is due to after hours trading.

Also known as extended hours trading, after hours trading is a time period following the official close of the market. For the NYSE, for example, after hours trading is from 4:00pm to 8:00pm Eastern Time. You can buy and sell like you normally would during ordinary operating hours, but volume is generally lower and price movements may be more volatile than they otherwise would be.

Before the Information Age, you could only trade after hours typically if you were an institution or had considerable means. Now, though, you can trade through something called an electronic communication network, or ECN.

What is an ECN?

An ECN is basically a private, computer-based system to buy and sell stocks outside of a stock exchange. (You can also sell other asset classes.) In other words, it’s like buying and selling stocks on the Internet without having to go through NASDAQ, or LSE, or any other exchange.

To gain access to an ECN, you have to have an account with a brokerage that allows direct access to the ECN. You will also have to pay fees, which vary depending on the system you are using and whether or not you are a liquidity provider or liquidity remover. (Long story short: You provide liquidity when you place an order that can’t be immediately filled by the market. You remove liquidity when you place an order that can be immediately executed. Some ECNs pay liquid providers and charge liquidity removers, while other ECNs charge flat fees for all traders.)

You can buy and sell shares of any company that is listed on other major exchanges, and – depending on your platform or broker – can view real-time data and even quotes from other ECNs (although you’ll have to have permission to trade with those ECNs).

Why Trade After Hours?

Trading after hours gives you the ability to extend your trading day and try to take advantage of news items, events, report releases, or any other circumstance that could move the price of a stock. You can also use extended hours trading to take advantage of what goes on in other markets in different time zones, since that can impact your company.

Another common reason is the opportunity to jump on price fluctuations and take advantage of spreads that might be in your favor. You can sometimes find very favorable prices. One tactic you could try is to look for a stock that took a big hit during the day. Depending on the circumstances, it can rally after hours – meaning you have an opportunity to profit off its rebound.

The Risks of After Hours Trading

Extended hours trading carries with it several risks. It’s not for everyone, and it can be tougher and more daunting than trading during the day. These risks include:

The main risk is volatility. Trading after hours, believe it or not, can move quickly, and the ups and downs can be dramatic. For this reason, after hours trading isn’t for the timid. (Then again, neither is any kind of short-term trading for that matter.)

After hours trading can help you take advantage of more trading time, price swings, and late-breaking news. It can also hurt your pocketbook, too. Be mindful of the risks if you choose to trade after hours.