What is an IPO? What is meant by ‘IPO valuation’? How does this concept relate to the stock market and how can investors take advantage of it?

These questions have become very common since the virtual explosion of the American stock market from 1990 to 2000, and now – especially with the rise of mammoth tech and Internet-based companies like Apple, Google, and Facebook – they have become even more pertinent. Understanding an IPO is important for beginner and experienced investors alike.

This article will cover IPOs and cover the major concepts behind this exciting and important component of the stock market.

The term ‘IPO’ stands for ‘initial public offering’, or, the first time a company offers shares of its stock to the general public. Companies offer IPOs because they want to raise capital through equity, which offers ownership of the company to the public. In

exchange for ownership, the public pays the company for shares.

It is important to note that an IPO is the first time the company allows access to its equity to the public. To explain that, it is key to note the difference between a publicly-held company and a privately-held company.

A company is privately held if ownership of the company is not available to the general public. Its owners constitute a relatively-small group of stakeholders who hold the equity of the company.

A publicly-held company is one that offers ownership of the company to the public. Anyone can buy shares of the company if they have enough money. They are bought and sold freely on stock exchanges. In contrast, private companies are not compelled to sell shares to anyone outside of the company.

An IPO, simply put, is the initial step to convert a private company into a public one.

The process behind an IPO takes the company from private to public by filing paperwork and ensuring it meets certain rules enforced by the Securities and Exchange Commission (SEC). The first step involves filing an S-1 document, which gives the SEC and private investors a thorough description of what the company does, what it intends to do with the IPO, and why it is going public. Here’s Facebook’s S1 if you want an example of one.

Following the release of the S-1, private investors vote on whether or not to move ahead with the IPO. During this time, the company will select the specific stock exchange that it will be traded on in the future (such as the New York Stock Exchange or NASDAQ). Upon approval, the company will move forward with raising money by funding the IPO.

Funding the IPO involves raising capital for the company by selling its shares to investors – and this usually occurs before the IPO is open to the general public. Who buys shares before the IPO? Most of the time, these initial investors are large individual investors and institutions – such as investment banks. The proceeds from these sales go into the company’s coffers.

This is the only funding from an IPO that the company will ever receive. Additionally, the company will pay fees to banks, law firms, and other organizations that helped process the IPO. One major player that is paid is the underwriter, or the investment bank hired by the company to serve as a middleman between the company and investors. The underwriter helps bear some of the risk, assists the company in setting the initial stock price, and also helps raise interest from investors before the IPO goes public. In return, they receive a large fee.

Why Use an IPO?

An IPO is the best way for a company to raise capital for its operations without going into debt. A company either has to take out loans and create liabilities (debt financing) or issue shares (equity financing). Sometimes taking out an IPO is the only effective way to generate the amount of cash a corporation needs to operate or expand.

A company also does not have to pay interest on shares issued, as it would with any loans taken out. Furthermore, a company can use shares of itself to reward employees through stock options and other compensation plans.

An IPO offers the general public the chance to get in on a growing company or an established private company and gain a profit when the price of the company’s shares rises.

The first thing to realize about trading IPOs is that they are inherently risky. Many traders assume that an IPO will instantly appreciate in value from day one. While this is often the case, there are many times in which the value of an IPO actually drops from its initial listing – usually as a result of the company and its underwriter setting an initial price that is too high and unrealistic. 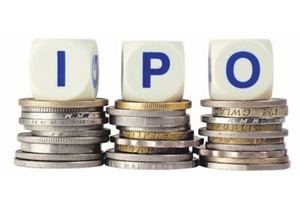 Investors in the general public also have to realize that they are not buying shares from the company itself, in most cases; they are instead buying them from primary investors and institutions.

Investors who are successful with most IPOs have a strategy built on solid financial analysis. One tool is to look at the price of the shares versus the company’s revenue, something called the price-to-earning ratio (PE ratio). If a company plans to sell 100 million shares at $10 per share, that is a valuation of $1 billion. If the company made $100 million in revenue last year, that is a P/E ratio of 10.

The average P/E ratio for the S&P 500 fluctuates but is usually around 22. Companies that have excessively-high PE ratios for their IPOs run the risk of being overvalued, or having a stock price that is higher than it should be. This could result in investors losing money if the stock price drops suddenly following an IPO. Of course, P/E ratios vary depending on the company’s sector. Also, a company that is growing rapidly could have a higher P/E ratio due to their higher growth potential in the future, which can be reflected in the initial price.

IPOs will be an important part of the investing landscape for the foreseeable future, and represent a great opportunity for investors to profit from a new public company. Knowing the ins and outs of the process is key for investing successfully in these offerings.