Stock trading has taken off over the last decade, with the advent of the Internet and online stock brokerages like Zecco and Scottrade. Membership with these brokerages and others has exploded. Now, everyone trades stocks in some form or fashion, either online daily or through 401ks and IRAs.

Are there any limitations on who can buy stocks, though? Is it really open to anyone with a few dollars to spare, or are there restrictions out there to keep certain people from the market?

Stock trading, believe it or not, actually isn’t open to everyone. Most people can participate, though, so no worries; chances are you are still eligible.

Age Limitations Vary, But Do Exist

The biggest obstacle to buying stocks is age. In every state in the United States, there is a minimum age to buy and sell securities like 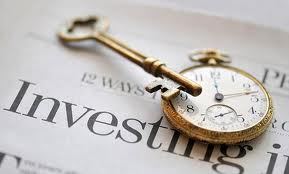 stocks, bonds, etc. This is due to two reasons. The first is because states and brokers alike agree that children and minors generally aren’t capable of making good decisions involving securities and trading assets. (Some adults apparently aren’t, either, but that’s another issue altogether.)

The second is liability exposure. Brokers do not want to be responsible for the (probably poor) financial decisions minors can make through their systems, so they rightfully keep people who aren’t of age from trading.

What is this minimum age? It depends on the state. If you live in California, the District of Columbia, Kentucky, Louisiana, Maine, Michigan, Nevada, New Jersey, South Dakota, Oklahoma, or Virginia, you can’t trade stocks until you reach the age of 18. For every other state, you have to be at least 21 years of age – and brokerages do verify the identity and age of each person attempting to open an account.

You can, however, get what is called a custodial account. This is an account that has the assets in the minor’s name, but the minor’s parents or legal guardians actually administer the account. The only people allowed to place orders for that account are those who are at least 18 years of age (or 21, depending on the state).

No Insider Trading Is Allowed

Another obstacle to stock trading is insider trading – or, trading by people who have inside information about a company that can impact the stock price of that company. For example, if you work for Widget King and know that they’re coming out with a revolutionary new widget that blows all other widgets out of the market, you can’t go to the market and snap up a few thousand shares of Widget King before news hits the public. That’s insider trading and is punishable with stiff fines and jail time, up to 20 years in prison and/or up to a fine of $5 million. The key here is to avoid taking advantage of non-public information, or information that the public wouldn’t reasonably be able to know.

Does that mean employees of a company can’t ever trade the company’s stock? No; employees trade company stock all the time, especially those who have stock options. There just can’t be an unfair advantage due to non-public material that will have a reasonable impact on the stock’s value, nor can there be a breach of trust (i.e. a broker telling a client one thing and doing the opposite with his own private funds).

There is also the notion of conflict of interest, which exists when someone who can influence stock prices trades on that stock. The best example is a stock analyst who has a popular show on TV. This analyst, because of his or her position and influence, can influence the price of a stock for good or for bad. As a result, many publications have regulations in place to keep their analysts, reporters, or television personalities from making short-term trades (or any trades at all) in stocks.

So, to recap, you can’t trade stocks unless you are at least 18 in some states and 21 in the rest; until then, you can make recommendations and deposit money into a custodial account but a parent or legal guardian who is of age has to actually place the trade orders. You also can’t invest in stocks if you have insider knowledge that the public does not have access to; doing so can result in stiff penalties from the federal government through the Securities and Exchange Commission. Finally, if there’s a conflict of interest between your role and your trading activity, you shouldn’t trade, as that could open you up to ethics allegations as well as potential insider trading charges.

Barring those restrictions, virtually anyone of age can buy and sell stocks in the U.S.