Many traders these days are standing in line to buy oil stocks – and for good reason. Oil is, without a doubt, the most vital commodity to the global economy today and is always in demand. Since 1999, the price of West Texas Intermediate – one of the price benchmarks for oil used today in the market – has jumped by nearly 700%, reaching a peak of $147 in 2008. And since oil will continue to be in high demand for the foreseeable future – mainly because there isn’t a feasible replacement for oil on a mass scale – you can bet that oil stocks and other oil-based securities will be hot-ticket items.

You can see this in more detail in the oil price chart below: 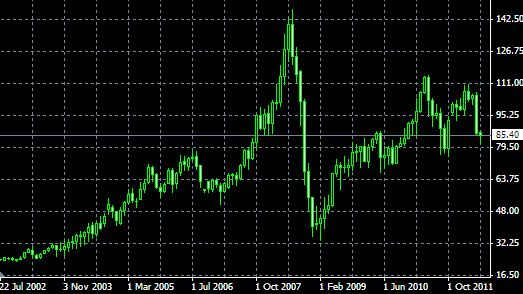 That, in a nutshell, is why people want to get into oil stocks and why many portfolios have at least one oil-based asset. Here i’ll cover how you can get into oil-based trading and describe some of the best oil stocks to buy in the market today.

The Ins and Outs of Investing in Oil

Oil is one of the most widely-traded commodities in the world, and there are many ways to get into the oil market. We’ll assume that you’re only interested in trading oil-based stocks, and not actually interested in getting into the oil commodities business. Since commodities can be very speculative and can be influenced by a million difference factors, many investors choose to avoid the hassle and stick with stocks.

One way you can invest in oil is to buy stocks of companies involved in the oil industry. The first one that comes to mind for most people is Exxon Mobil (XOM), a multi-national corporation that is number #3 on the Fortune Global 500 list (as of 2011) and the largest company in the world (by revenue). It is also the second-largest publically-traded company in the world behind Apple. The fourth-largest and eighth-largest companies by market capitalization are also oil and gas stocks: PetroChina (NYSE: PTR) and Royal Dutch Shell (NYSE: RDS.B). 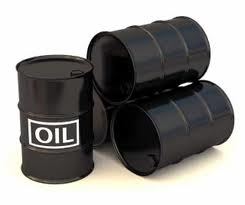 You don’t have to stick with the big boys in the industry, though; there are hundreds of independent oil & gas companies that participate in drilling and exploration, equipment and services, pipelines, and refining and marketing. These smaller companies tend to focus on one of the above areas, whereas companies like ExxonMobil and Royal Dutch Shell are integrated companies.

You can also choose to invest in oil mutual funds, which feature a combination of oil stocks and bonds. Or, you could decide to go with oil ETFs (exchange-traded funds), which combine the broad exposure of a mutual fund with the tradability of a stock.

For the most part, though, these options are more volatile than individual stocks – especially if you invest in major integrated companies – because most major oil producers these days are diversifying themselves and enjoy different revenue streams.

What, then, are the best oil stocks to trade?

Of course, the “best” stock for anyone really depends on the trader because different traders have different risk profiles, needs, and preferences. Plus, there are a lot of options available out there, ranging from massive multinational corporations to smaller independent companies.

With that being said, it’s hard to go wrong these days with major integrated oil corporations. These include:

PetroChina is China’s largest oil company. EcoPetrol is Colombia’s largest oil company and is 445 on the Fortune Global 500 list. BP is on this list because its value has gone down considerably since the Deepwater Horizon disaster in April, 2010. I believe this means BP could be undervalued, especially since the stock has regained some of its value since that low point in late June, 2010.

If you want to profit passively through dividends, there are several oil stocks that could work for your strategy. Of the companies listed above, Royal Dutch Shell usually pays the highest dividend – 5.3% as of mid-2012 – followed closely by BP (5.2%) and ConocoPhillips (5.1%).

The highest dividend yield, though, goes to NuStar Energy (NS), a oil and gasoline pipeline company that operates over 9,000 miles of pipeline throughout the world. As of mid-2012, NuStar pays out 8.69% in dividends.

Independent oil & gas stocks are riskier than established companies because they are more volatile, which can be too risky for some traders. Few pay good dividends, which means traders have to wait for the stock to appreciate in value – something that isn’t happening very often for oil securities. But, if that is something you are willing to accept, good choices include:

Look at profit margin, P/E ratios, total liabilities versus assets, future projects in the development pipeline, and the stock’s recent performance as indicators as to whether or not you should be interested in an oil stock. Keeping an eye on the price of oil doesn’t hurt either, especially with smaller corporations who are more closely-tied to the price of oil than integrated companies.