When you’re young, retirement seems like a million years away. Unfortunately, it isn’t – which means you have a limited window of opportunity to save your money, invest it, and let it grow. Only less than 50% of workers today are confident that they’ll be able to 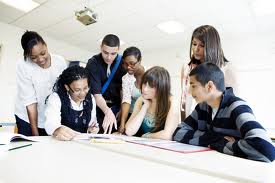 retire at all – and over a quarter have no confidence whatsoever that they’ll be able to retire comfortably. The solution is to invest early, invest often, and let your investments grow over time.

Here, I’ll explain how investing while you are young is the best way to grow your net worth so that by the time retirement comes around, you’ll have enough net assets and residual income to live comfortably in your golden years.

The Magic of Compound Interest

We’ve all been told that the way to retire is to save, save, and save. While that is a big part of it – you should save as much as possible – you won’t be able to retire comfortably with the same lifestyle that you enjoy now if all you do is save (unless you have a salary that is far, far above average).

The answer is to invest it – and if you invest it early, when you are young, you can grow it even more by taking advantage of compound interest – interest that is generated and reinvested each year to generate bigger earnings.

When you invest your money in a stock, mutual fund, ETF, bond, CD, or other security, you’ll receive a certain rate of return based off interest, or a percentage of your money paid back to you as you earn more or accumulate more. That money can then be reinvested, which increases your principal, or the amount of money with which interest is calculated. As a result, the next year, that same percentage is applied to a higher principal, which means you receive more in interest. The cycle repeats each year that you receive a positive return.

You can probably already imagine how starting out early can generate even more income over the course of your career.

Using a Simple Formula to Calculate Your Interest

If you start investing early, you can grow your wealth considerably for retirement. Here is a formula you can use to calculate the amount of money you’ll earn at a given interest rate over a period of time:

M is the total amount of money you will have. P is the starting principal; r is the rate of return in decimal form; o is the number of times your interest will be compounded per year; and t is the number of years your principal will be invested.

Most returns are compounded annually, so n will equal 1. If that is the case, your formula will look like this:

Let’s take your $1,000. Assuming a 5% rate of return, and assuming you have 20 years until you retire, your formula will be:

The end result of that calculation is called the future value of your money. In other words, that will be how much you will have after adding principal each year, X number of years down the road. The formula for calculating that can be complicated, so instead, you can use an online calculator like this one to do the dirty work for you.

Here is the key concept: By contributing extra funds as often as possible, you will boost the future value of your investment tremendously and generate a considerable amount of money for your retirement. If you were to delay investing by a decade, you would only have $14,229.84 – only 39% of what you would’ve had if you started earlier.

The benefits are even more if you choose to take advantage of a Roth IRA that gives you certain tax benefits, or if you invest in stocks that give you dividends. Either way, though, simply putting money in as often as possible into investments will help you generate the wealth and income you need to thrive down the road.