Mutual funds are very popular, especially in stock markets that are experiencing turbulence and volatility. The ability to diversify your investments and (somewhat) mitigate non-systemic risk in your portfolio is irresistible to many investors – especially when you can apply the advantages of mutual funds to other asset classes, such as currencies.

Currencies are quite volatile and can be incredibly risky, particularly if you invest using futures and options. One way to control risk, get broad exposure to the foreign currency exchange (forex) market, and take advantage of several different ways to trade currencies is through currency mutual funds.

A currency mutual fund is a mutual fund that invests in currencies. This is accomplished in a wide variety of ways that we’ll discuss late 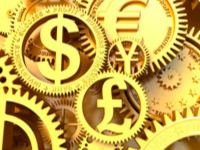 r. The objective of a currency mutual fund is to gain broad exposure to several currencies, both foreign and domestic, to mitigate risk.

Let’s say that you invest purely in the U.S. dollar. If the dollar outperforms its key competitors (i.e. the other major currencies that the dollar routinely trades against, such as the euro, pound sterling, yen, etc.), then your investments will look pretty good. But if the dollar becomes weak, you will lose money – and miss out on, say, a resurgence in the yen, or a strengthening Swiss franc.

This is particularly true with safe haven currencies, or, currencies that investors flock to when the global economy weakens or struggles. The Swiss franc is one notable example. When the economy is down, the Swiss franc typically does well, while other major currencies – namely the U.S. dollar – suffer.

By investing in a currency mutual fund, you can try to take advantage of strong currencies while also hedging against an economic downturn by investing in safe haven currencies – all at the same time.

Assets in a Currency Mutual Fund

There are several different ways to gain exposure to the currency market other than just purchasing bundles of currency. We’ll cover the main underlying holdings of a typical currency mutual funds.

One of the main ways currency mutual funds gain exposure is through government bonds. These are instruments offered by governments that promise a certain payment, plus interest, when the instrument matures. Bonds can be short term (bills), medium term (notes), and long term (bonds).

A derivative is an instrument whose value is derived from another asset – so you gain exposure without actually owning the underlying asset. A currency derivative bases its value off an underlying currency. There are three general types: forward currency contracts; options; and index swaps.

A currency option is the right to purchase a currency at a certain price. That is the same as a stock option, generally speaking. If you purchase an option, and the price for the underlying asset is higher when you decide to exercise your option, you earn money. If it is lower, you only lose the premium that you used to purchase the option. One key difference between a currency option and a forward currency contract is that you are not obligated to take action with an option.

An index swap is when two parties exchange contracts based on currency index rates. These contracts are varied and can be quite complex; the goal is to gain an advantage by trading when situations favor you.

Finally, a currency mutual fund can have exposure by owning cash deposits. Cash deposits form part of a country’s money supply. Buying financial instruments based on these deposits and actually purchasing currency are two ways to use cash deposits.

Currency funds are useful if you want to gain access to the currency markets without the up-and-down, day-to-day risk of buying spot contracts, trading options, or getting in with individual currency pairs. It is also a way to mitigate risk by hedging with safe haven currencies or directional trading.

Non-directional trading is trading that doesn’t correlate to the strength of the dollar. These instead try to take advantage of inefficiencies in a market.

One big advantage of currency is that it, for the most part, is not correlated to stocks and bonds. This means you can still do very well with a currency mutual fund even when stocks and bonds are performing poorly.

Another advantage is that currency markets are not only very liquid, but are the largest asset markets in the world. Over $4 trillion worth of currency is traded daily. Also, currency mutual funds aren’t highly leveraged like currency options or futures, which lowers your risk significantly. Furthermore, using currency mutual funds is a good way to gain positive returns that are well-adjusted to the amount of risk you are taking.

Consult with your advisor for more information about getting involved in currency mutual funds with your portfolio.