In the world full of great tech successes, Facebook has to be near the top of the list. The social media giant – its membership is projected to hit the one billion mark in August, 2012 – came out of nowhere from a Harvard dorm in 2004 and took the world by storm. The founder and CEO, Mark Zuckerberg, is just 28 years old and worth hundreds of millions of dollars. Facebook is present in dozens of countries across the world, is available in 70 languages, and is the second-most visited website in the world, behind only Google. 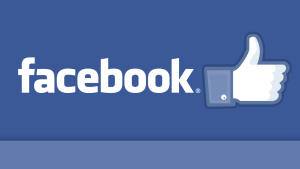 Truly, Facebook is a behemoth in the tech world, especially considering the start of Facebook stock market flotation as of May of 2012. You can now buy and sell shares of Facebook stock just like you can shares of General Motors, Microsoft, Johnson & Johnson, or any other giant.

Here, we’ll explore that concept a bit further and talk about Facebook stock value – including a brief history of its stock value, what factors will drive future value, and where the stock could go in the years to come.

I’ll skip an exhaustive overview of the history of Facebook, primarily because that subject has been covered extensively elsewhere (including a surprisingly-good and reasonably-accurate movie The Social Network). Needless to say, since 2004 the company has quickly become the definitive social networking platform in the world.

The real history of Facebook as it applies to its stock value began on May 17, 2012, when Facebook launched its initial public offering (IPO), which made it, for the first time ever, a publicly-traded company. Prior to that date, Facebook was privately owned by Zuckerberg and various other stakeholders and employees, so individual investors could not gain a piece of the meteoric company.

On May 17th, though, Facebook released its IPO and gained its new Facebook stock symbol, FB, as shares began to trade for an initial value of $38. This Facebook stock value was not a product of supply and demand, but was created by the underwriters who helped put together the plan to take the company public. This is not unusual, and the $38 price point created a market capitalization for Facebook at $104 billion.

At that value, Facebook was in the top 25 largest companies in the United States by market capitalization, ahead of giants like Amazon, McDonalds, Disney, Bank of America, and American Express. Over 421 million shares were issued during the IPO, and that, combined with the initial price, made Facebook the largest Internet stock debut in the world.

But, there were problems.

From the Opening Bell to Today

Even before a single share of FB was traded, experts had serious reservations.

For starters, many analysts were skeptical about the true value of Facebook. The $104 billion figure was viewed as far too high for a company with a still-unproven revenue model and questionable upside potential for growth that would rely far too much on new market share in India and China as opposed to a domestic market that was already saturated (and even losing memberships by the millions).

Despite these concerns, shares of FB went as high as $45 per share in a trading day (the 18th of May) that saw a volume of 580,587,742 shares traded. That day, though, shares closed at 38.23, just barely above the initial price, a drop that would continue, on and off, for the next two months.

The stock value of Facebook is subject to the same driving factors as other stocks: namely, the expectation the market has that the company will be able to drive revenue and grow. In the case of Facebook, analysts have looked at the company’s potential for growth and its business model as areas of concerns.

Facebook has grown enormously, but in several key markets, its membership growth has either stagnated or gotten smaller. Case in point: Over the past three months, American membership has fallen by 0.97%, or 1.5 million users. In two other top-10 markets – Turkey and the United Kingdom – membership has fallen by 0.37% and 0.51%, respectively. Market penetration for the U.S. market is over 50%; it’s at 49% for the UK, 39% for Turkey, 51% for Canada, 53% for Taiwan, 52% for Hong Kong, and in the 40%-55% range for most developed, digitally-connected countries in the world.

Closely tied to this is Facebook’s revenue model. Facebook makes the bulk of its money – 85% – from advertising. Its revenue stream for 2011 came in at $3.7 billion, and its IPO placed the value of the company at nearly 100 times its profit – a tremendous number that is very problematic for future value. The problem lies with the success rate of ads on Facebook. Generally, the average click-through rate – or, percent of viewers that actually click on an ad – for any advertisement on the Internet is 0.1%.

Google has a CTR of 0.4%. Facebooks? A measly 0.051%. That isn’t that bad when you factor in the size of Facebook’s audience – 900 million users gives you 459,000 clicks – but not every FB user will see the ad. Thus your investment is not giving you a lot of return, something General Motors concluded when it pulled its $10 million advertising campaign from Facebook.

Another promising source for future revenue, games that are free to play but offer certain virtual goods or services in exchange for real money, could potentially take a hit as well. Zynga (ZNGA), Facebook’s biggest partner with online games, just announced a $28 million quarterly loss, which sent its stock down 37.57% as of July 25, 2012.

Where could Facebook’s stock value wind up? Right now, according to CNBC.com, FB carries an average consensus recommendation of ‘Buy’ from 33 financial analysts. This means the average recommendation from a field of 33 analysts was to buy the stock (16 rated it either a ‘Buy’ or ‘Strong Buy’; 15 rated it a ‘Hold’).

As with any company, look for long-term viability, innovation, new products and/or services, and growth.