Many traders know the technical details of the stock market – what a dividend is; using moving averages; what type of order is best for a particular situation. Not many truly understand the market as an almost-living entity, though, something that changes by the second and can be influenced by a wide variety of outside forces that aren’t always completely understood.

To become a success at trading, it’s imperative that you understand what the market does and why it does it. The market doesn’t just act in a vacuum; its performance really is dictated by a million moving parts that all have a role to play.

Here, I’ll give you the keys to understanding the stock market as it is – not as the simple money-making machine you’d like it to be.

What Drives the Market?

As with most things in an economy, the stock market is driven primarily by the laws of supply and demand. Each stock represents a company that in turn represents products and services that are desired by consumers and businesses across the globe. The usefulness – or utility – of each company is roughly measured by the value of the stock. The more people who want to work with a particular company – evidenced by people who subscribe to their services, or buy their products – the higher the stock price goes.

Company ABC only has so many shares to go around. If ABC is killing its industry with a string of high-profile, high-value products, posting record earnings each quarter, demand for ABC will go through the roof. This is what happened with Apple (AAPL), a stock that went from $7.17 per share on October 18, 2012 to a peak of $644 per share on April 9, 2012 – a result of the company releasing the iPod, iPod Touch, iPhone line of smartphones, iPad line of tablets, and Mac line of laptops and desktops.

Likewise, if investors think that the company will not perform as well in the future as it does now, the perceived value of the stock will fall because fewer investors will place orders to buy the stock. More ‘buy’ orders than ‘sell’ orders results in a price drop.

Supply and demand, then, form the basis for all stock market movements. Often, the easiest way to determine if a stock is a good buy is to ask yourself: Do customers want what this company has to offer? There are other considerations, naturally; if the company is not on solid financial ground (i.e. it has far more liabilities than assets) the purchase may be a bad one even though they are producing revenue.

Supply and demand still form the basis for the market.

Market movements are not just about numbers and facts, though. The stock market has a psychology all of its own – so much that countless books have been written and studies performed trying to figure out how the market “thinks” and “behaves”. 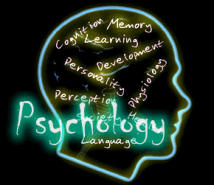 There are two major psychological forces that we encounter most often in the market: fear and momentum. Fear is when we think the market will under perform, due to poor economic conditions, bad forecasts, or catastrophic events like natural disasters or terrorist attacks. Fear creates volatility, which is the degree to which a stock’s price goes up and down.

For example, a market that experiences rapid and dramatic up-and-down swings is a highly-volatile market. You can even measure how volatile investors expect the market to be using indicators like VIX, which is the Chicago Board Options Exchange Market Volatility Index.

The other force is momentum. Momentum is a two-stage process that encourages more investors to place ‘buy’ orders than ‘sell’ orders (the opposite of what happens with fear). The first stage is the identification of a current trend. Yes, momentum can be a self-fulfilling prophecy; if things are going well, investors often expect the market to continue to go well, so they buy more stock – which, naturally boosts values even higher (even though the only real upward force is a bunch of investors who think the market is going to do well!).

The second stage is an expectation that things will continue to improve. As I mentioned just now, that can be a self-fulfilling prophecy. But, it is not advised to completely discount the role of momentum – or fear – in how the market operates.

Above all, remember this about market psychology: you cannot depend on the market to always be rational. As famed economist John Maynard Keynes truthfully once said, “Markets can be remain irrational longer than you can remain solvent.”

The Golden Rule for Investing

The key to understanding the market all comes down to one principle, a “Golden Rule”, that forms the basis for virtually every successful trading strategy on the planet.

Pick companies that produce value for their customers, have a viable, long-range strategy, avoid massive amounts of debt, and innovate regularly. Markets will rise and fall; don’t panic and don’t let the irrationality of the market keep you from making an investment in a good company that is reasonably priced.