Most people, including non-traders, know the very basics of making money in the stock market. After all, all you have to do is buy low and sell high, right?

Well, with short selling rules, you can actually turn that on its head – and still make money. 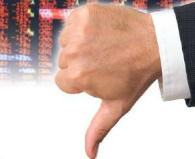 It seems contradictory, but it’s true. Selling short is a method by which you can make money not on the rise and growth of a stock, but on the fall of a stock’s value over time. This creates opportunities to take advantage of downswings, bad news, and impending disaster for a stock, as well as a chance to make a profit if you think a particular stock is overvalued.

Here, I’ll give you an overview of what it means to short-sell stock, including the rules of the game, the benefits and risk, and how you can determine when the best time to sell short may be.

In essence, there are three ways to make money in the stock market:

We’re interested in the third one. The first two make intuitive sense and are self-explanatory. The third one? Not so much.

Basically, short-selling is when you borrow shares of stock from a lender – which most often is your brokerage – sell them, then buy them back (called covering). The difference is your profit.

We’ll use an example to describe a short-sell trade that works. Let’s suppose that you want to short-sell 100 shares of ABC. The current market value per share is $5. You borrow 100 shares of ABC from your broker and sell them on the market for $500. You now have $500 in your pocket – money that isn’t quite yours yet because it was gained using borrowed shares. You have to somehow return shares or their value to your broker.

A week later, ABC has taken a hit and is down to $3 per share. Using the proceeds you gained from selling the borrowed shares – $500 – you buy 100 shares at $3 per share. Since shares are fungible, i.e. one share of ABC is the exact same as another share, regardless of the price used to purchase them, these “cheaper” shares can be used to repay your broker. From the broker’s perspective, they are getting 100 shares either way.

Benefits and Risks of Selling Short

As you can imagine, short-selling comes with benefits and risks.

The benefit of short-selling is that you can profit off downturns in the market, upcoming news (like earnings reports) that you think will negatively impact stock, or stock that is priced higher than its financial performance, assets, and fundamentals suggest it should be.

This gives you added flexibility. Instead of searching for stocks that will appreciate, you can instead expand to target stocks that, for whatever reason, will be weak. Short-selling then becomes just another weapon in your arsenal.

Selling short also gives you a way to hedge your portfolio against downturns. If you have long positions balanced by short positions, you mitigate some of the risk that occurs in a turbulent and volatile market.

There are risks, though – most notably the fact that you can lose far more than your investment. What happens if you borrow 100 shares of ABC at $5 a share and the price actually goes up? Let’s say it rises to $10 a share. You are out 100 shares when you sell for $500 ($5 x 100). You have to come up with 100 shares somehow, and the only way to do that is to buy them from the market at $10 a share. That is $1,000 dollars – which means you just sustained a loss equal to your original investment.

The point is, there is significant risk if the stock in question doesn’t fall but rises instead. This is very common, and what you think are solid indicators of a weak position may only be temporary and may quickly rebound – even if it doesn’t make sense. Put simply, with a long position, you can only lose what you put in. With a short position, your losses can be (theoretically) unlimited.

Also, when you use short-selling, you don’t gain access to dividend income. That may not be a big deal to many, but for some, that is a turnoff.

Finally, the SEC may determine that a stock, due to low availability, is “hard to borrow”. In this instance, a broker can charge a fee for you to short-sell that particular stock.

In the United States, there are regulations that govern short-selling.

For starters, naked short-selling, or shorting shares that you don’t own, is largely prohibited by the SEC. That doesn’t mean it doesn’t happen, though, especially considering the track record of the SEC poorly enforcing its own regulations.

Additionally, Regulation T, created by the Federal Reserve Board, requires you to have 150% of the short-sale position in your account. This means you have to have a margin account, or an account that can trade for more money than what is physically in the account. The 100% amount comes from the actual value of the short position; the other 50% comes from the 50% margin position. For example, shorting 100 shares of ABC at $5 per means you’ll need $750 – $500 plus half value, or $250 – in your account.

There formally was a rule called the uptick rule, which means you couldn’t short-sell a stock unless it first went up a tick in value (i.e. the short has to be at a price above the last traded price of the stock). That rule was repealed in 2007, but a more-limited version was put into place in November, 2010. This rule restricts short sales of a stock if the stock’s price falls by 10% or more from the stock’s closing price from the previous trading day. This would help slow the stock’s downward momentum and prevent “dog-piling” on the stock from investors who see a deeply-falling stock and want in on the action.

When Should You Short?

Keep an eye out for major news items and earnings reports that could damage the stock. Not all bad news items will impact a stock negatively, but if there is turbulence in the water, chances are a drop in value is coming.

Also look for stocks that have had amazing winning streaks – going many days or even weeks in the black and gaining in value. What goes up must come down; one strategy is to find these streaks and bet on the fact that momentum will wane and the price will come back down to earth.

As mentioned earlier, if you want to hedge a few long positions – especially in a turbulent market – going short against the same security could be a good move to mitigate your risk. I recommend putting a stop-loss order to go along with it, though, to limit your downside risk.