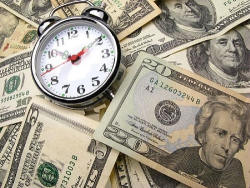 I’ll start this article by stating, up front, a simple – yet uncommon – truth: There is no such thing as an investment that is completely safe.

Any time you attempt to earn more money with the money you already have, there is a risk. Granted, there are different degrees of risk, and risk is relative – what is risky to you may not be risky to your neighbor.

But risk does exist. Nevertheless, there are investments out there that are considerably less risky than many mainstream investment options and can mitigate risk to the point where you could invest “safely” and with a reasonable degree of confidence.

Here, I’ll give you a few safer investment options and discuss the pros and cons of each, plus talk about how you can get started building your investment scheme around these less-risky options.

Safest of the Safe: U.S. Treasurys

What makes a safe investment? Most of the time, it comes down to the stability – current and future – of the underlying asset. That means there are fewer investments that are safer than U.S. Treasury securities.

The U.S. government routinely sells three types of investment-grade instruments to raise money for the Treasury (hence their name: Treasurys). These securities act like bonds in that they offer a fixed return with a certain maturity and are:

What makes these so safe? Each of these securities is backed by the full faith and credit of the United States, which is largely viewed as the most stable government and economy in the world. In other words, the potential for a default of the American government is so low that you are virtually assured of keeping your value.

Of course, there are drawbacks. Returns for Treasurys – even T-bonds – are noticeably lower than other assets. Plus, inflation can eat away at your buying power – and while this happens to other assets, other assets have higher returns that can make up for it.

Another type of safe investment is a certificate of deposit. This asset gives you a fixed return with a certain maturity, just like a bond. Maturities range from one month to as long as fifteen years, and as the timeline increases, so does the risk (since your money is locked up for a longer period of time). The interest rate paid on your money – your return – also goes up, though, so there is a risk/reward balancing game that has to be considered.

The return for CDs aren’t great, and they’re not nearly as liquid as most other types of assets. With that being said, they are widely available, easy to use, and easy to understand – and mostly safe.

Bonds in general tend to be less volatile (and less risky) than stocks, commodities, or currencies – as long as you choose the right type. Government bonds are the safest, and in this category fall municipal bonds.

Municipal bonds are sold by cities and local governments to raise money. They come in several flavors, but all of them offer some kind of return – typically through an interest rate paid on the principal – with a set maturity date. When the bond matures, you get your principal back, plus interest.

These bonds are considered pretty safe because cities do not default on their debt very often. Investment-grade municipal bonds (those BBB- or higher with Standard & Poor’s or Baa3 by Moody’s) have a historical default rate of 0.06% – compared to 2.09% for corporate investment-grade bonds. Returns aren’t great, but they can help preserve capital over time. Plus, most allow you to avoid paying taxes on your returns, which adds significantly to the overall return.

I-bonds, or inflation-linked savings bonds, are bonds offered by the government that feature a variable interest rate instead of a fixed rate that is tied into inflation. This variable rate is calculated by taking a fixed, base rate and adding the inflation rate – which fluctuates. You can hold onto the bond until maturity, or you can redeem the bond at any time (although you face a penalty if you do so before five years).

I-bonds help hedge against inflation, which preserves your money’s buying power, but since you can redeem them at will, returns are lower. Plus, you’re limited to purchasing just $10,000 worth each year. But, if you purchase I-bonds when inflation is low, you could gain by redeeming your I-bonds if/when inflation rises.

There are other options available, but they typically either aren’t quite as safe as these (like money market accounts) or offer negligible returns (like traditional savings accounts). The four presented above truly are investment-grade assets that are as safe as they come.