Money market accounts aren’t new, nor are they particularly complicated or restricted (in fact, virtually every sizable financial institution offers one), but for some reason most people still do not know a lot about them.

Instead, other asset classes steal their thunder, classes like stocks, bonds, mutual funds, exotic instruments like exchange-traded funds, and even certificates of deposits. Yet, to make a truly informed decision for your investments, it’s important to know about money market accounts, how they work, and the benefits and drawbacks of each.

What Are Money Market Accounts?

A money market account (MMA), also known sometimes as a money market deposit account (MMDA), is a financial account that is based on money markets. I’ll explain what those are below. The money placed in a MMA is subject to interest, which is how you grow your wealth. 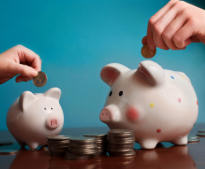 What is the Money Market?

A money market is exactly what it sounds like – a market for money. Specifically, the market is made up of financial institutions, like banks, credit unions, and brokerages, who want to borrow or lend money with those who have access to funds. What is being traded in these markets is called paper, which is basically a short-term financial instrument. Paper is used for short-term – less than a year – financial needs. You can think of paper as an IOU of sorts; government entities, corporations, and financial institutions all issue paper as a way of financing short-term needs.

Another way to picture a money market is to imagine a bank coming to you asking for a loan (instead of the other way around). You deposit your money into your MMA. The bank then uses this money, with other money from other people like you, to buy paper in the market. The return on this paper gives the bank a profit, which is divided between you and the other creditors (investors). You receive profit based off the interest rate for the paper.

What Kinds of Paper Can You Find in a Money Market?

A money market has several types of paper that can be bought and traded.

Treasury Bills (T-Bills) are one major type of paper in money markets. These are issued by the U.S. Treasury and are generally viewed as the safest investment securities in the world. These are bonds, and have maturity dates of one year or less from the time they are issued, in three-month, six-month, and one-year increments. At maturity, you are paid the par value (face value) of the bill. Your profit comes from the difference between the par value and the purchase value, which is lower than the par value. This is basically the same as interest.

T-bills are very safe and not subject to state or local taxes. They offer low returns, though, because they do not carry any risk.

Another main type of paper is commercial paper, or, securities offered by corporations as a way to raise money without taking out a loan from a bank. You purchase this paper at a discount, and it matures anywhere from one month to nine months. Most mature between 60 and 90 days, making them an effective way to accumulate money in the short term.

Commercial paper is pretty safe; they’re usually only issued by institutions with solid credit ratings. They are unsecured, but defaults are rare. The downside is that they are very expensive for the average individual investor, since one piece of commercial paper is worth at least $100,000 in most cases.

A certificate of deposit (CD) is a financial instrument that has a specific interest rate and maturity term. You place your money in a CD and you know how much you’ll receive and when you’ll get it. Since it’s a time deposit (i.e. it has to be in there for a certain period of time), it’s not as liquid as other kinds of investments.

The advantage of a CD is that return is very predictable. Plus, they are very safe, only slightly riskier than T-Bills. They also offer a higher yield than a T-Bill. Additionally, virtually any sizable bank or credit union offers CDs. Finally, they are FDIC insured up to $100,000 and typically beat savings accounts.

The downside is that rates aren’t very competitive and yield is small compared to most other assets. Also, you’ll have to pay a steep penalty if you withdraw money from your CD before maturity.

A municipal note is very similar to a T-Bill; it is a bond offered by a city to raise money. The city banks on tax receipts or other sources of revenue in the future, and issues notes against that amount to fill in short-term financial needs. You can take advantage of that by purchasing municipal notes at a discount and receiving payment when they mature.

Municipal notes are not as safe as T-Bills, but they are usually viewed as safe, since municipal defaults and bankruptcies aren’t very common. Because they are riskier than T-Bills, they generally offer a higher return (depending on where you are). Plus – and this is a big plus – the interest you receive from a municipal note is exempt from state and federal income tax (in most cases). Furthermore, you can trade them as often as you like.

A downside is that repayment is usually contingent on some future source of revenue. This is the case with revenue bonds. General obligation bonds by contrast promise to be repaid as long as the government is solvent, which means they carry less risk and lower yields. With revenue bonds, if tax receipts are significantly lower than expected – as with a recession – it is difficult to pay back municipal notes without risking bankruptcy.

Finally, there are money market funds, which are basically mutual funds with debt securities instead of stocks. These are groups of debt securities – like T-Bills or commercial paper or municipal notes – that are bundled together and sold to investors. This limits exposure to risk and gives an individual investor the chance to indirectly invest in securities that otherwise would be inaccessible due to their high cost.

Money market funds rarely lose value, but it does happen.

There are more than just these few types of paper traded in a money market, but these are the major ones you will more than likely encounter.

The main advantage of an MMA is that it offers a higher rate of return than a savings account. Plus, it is far more liquid than a CD. Your money, with a MMA, gathers interest and can be withdrawn as you wish. Other assets, like a CD, do not have this feature.

Money market accounts are great for those who want to avoid the risk of the stock market and do not want to get involved in other types of riskier securities. Investors who also want a simple approach to saving and increasing money, yet want a higher rate than just opening a savings account and receiving a pretty paltry return, turn to MMAs.

For those who want to aggressively grow their funds, though, MMAs probably aren’t the best assets. Still, they have advantages for a wide range of savers and investors alike, and have a place even in advanced, aggressive portfolios as a way to hedge against risk.