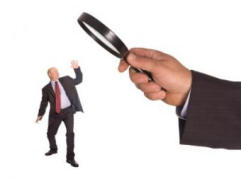 Risky, lower quality, newly trading on exchange with no share trading history: these are all comments made by those that don’t see the virtue of small cap stocks. But for investors and traders who are willing to spend a little time and effort in researching the small cap market, there are often gems to be found. After all, Apple and Microsoft were both small cap stocks once upon a time.

Small cap stocks are not only viewed as a little more risky – though why risk should be seen as confined to small caps baffles me (remember Enron, WorldCom, and Lehman Brothers?) – but also, by many, as great investments.

They are generally overlooked by the great and the good of Wall Street, and research is therefore much thinner on the ground than for, say, IBM, Cisco Systems, ExxonMobil, and the like. This means that small cap stocks often trade at far lower valuations than their big cap cousins. In turn this means that the investor who is prepared to spend time and effort on conducting his own analysis and due diligence can often steal a march on the majority of the market.

One thing to look out for when considering investment in small cap stocks is the moves of mutual funds. Such funds are often restricted from holding sizeable numbers of shares in one company, and this means that many won’t be able to take a large stake in a small cap company. If it wanted to it would have to apply to the SEC. A filing by a mutual fund requesting such dispensation will push the price of the target issuer – the small cap company – higher.

Because of the lower amount of interest in them from investors, traded share volumes tend to be smaller. This means that often spreads are a little wider, and prices can move by a greater extent than those of big cap stocks. This means that for the active day trader, margins can be larger, though of course care must be taken with trade size. It also means that a day trader of small cap stocks will need to risk manage his positions very carefully.

The shares of small caps could trade at any price. The description ‘small cap’ refers to the value of the company, and not the share price. Whilst small cap stocks could have a share price in the pennies, they should not be confused with penny stocks which can be very volatile, and are often traded over-the-counter on the OTC Bulletin Board or the Pink Sheets. Penny stocks trade under different rules to small cap stocks, which trade according to the same rules that govern big caps.

Small Caps: The Big Caps of the Future?

Small caps have already shown some success: to get to a size of $300 million plus takes some doing in the first place. Even so, they are in a position where they have a critical mass to be able to grow strongly, but perhaps not yet big enough to protect themselves from concerted competition or a bid from a much larger company. This is where one of the greatest risks to a small cap lies.

This said, they are often nimble enough to move quickly in their market and increase their market share without the constraints and layers of management that might restrict a larger company. And remember that an uptick in the market share of a smaller company will have a far larger impact on its bottom line – hence the growth potential.

For investors, a few small cap holdings will help to diversify across business sector and present your portfolio with a growth factor unachievable elsewhere.

For traders, small caps offer the opportunity to benefit from larger margins.

Whether investing or trading, monitoring and management of a position is vital to success.

If you view all small caps as potential big caps, and conduct your own research, you’ll soon find yourself investing for the growth potential that few larger cap stocks will be able to match.