There are many options for making money online with savvy investments. You can trade virtually any security – from stocks and bonds to money market accounts, commodities, futures, options, and other less-popular choices.

You might be surprised to know that you can also trade foreign currencies – without ever having to actually travel to another country and buy currency the old-fashioned way. These days, the world of online foreign currency exchange – forex – is everywhere. Countless brokerages have emerged over the last five years, and tickers for the dollar’s performance versus the euro are as closely watched as any stock in NASDAQ or the S&P 500.

Here, I’ll give you an overview of forex trading – what it is, how you can get into the field, and why you would even consider getting into the game. 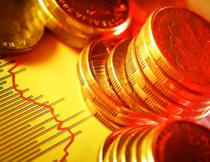 In the global marketplace, people in various countries have varying stores of value. Formerly, thousands of years ago, these were as diverse as gold, pearls, spices, camels, coffee beans, ivory tusks, and really nice carved pieces of wood. Now, people store values through their respective currencies.

Value, though, is a very subjective thing. A dollar in the United States, for example, is more valuable than the Hong Kong dollar (about 7.7 times as valuable, as a matter of fact). The relative worth of one currency to other currency fluctuates based on economic, political, and psychological factors.

In the case of the U.S. dollar, for example, it is used as the world’s unofficial reserve currency. Oil is denominated in dollars. Plus, the dollar represents the largest economy in the world. Compared to all of that, the Hong Kong dollar doesn’t stand much of a chance.

Values fluctuate, though, as I mentioned; this means you can make money as one currency moves up or down in value relative to another currency. This is called a currency pair. Currency pairs make up the forex market.

To make money in forex, you have to follow the same principles used in other securities. Namely, you buy a certain amount of one currency, hoping that it will move up in value relative to the value of the other currency in the currency pair.

For example, let’s say that the EUR/USD trading pair (the most commonly-traded pair in the world, by the way) is currently at 1.25. This means that one euro is worth 1.25 dollars. In other words, the euro is worth more than the dollar by a factor of 25%.

Interest rates also play a role in forex. Unlike with bonds, interest rates don’t determine how much you make except for when you engage in something called carry trading. This is when you buy currency and stay in that position to earn interest on your position. Long story short, you can make money by playing the difference between interest rates of two currencies. Australian dollars (AUD) and Japanese yen (JPY) are good examples of commonly-traded currencies that have an interest rate differential.

How to Break Into the Market

The first step is to find a reputable forex broker who offers the currency pairs you are interested in. Choose a broker that preferably offers bonuses and other enticements and promotions. When deciding which currency pairs you want to trade, choose ones about which you have a lot of knowledge or are willing to learn a lot about – nothing is more ineffective in forex than trading a pair you know nothing about.

You can then sign up for your broker of choice and deposit your funds into your account. Take particular note of leverage; many brokers allow you to control far more currency than your money would normally allow. A place with 50-to-one leverage, for example, lets you control 50 units of currency for every unit of currency you have in your account. That can create enormous profit – but also can result in enormous losses.

The possible upside of quick profits – currency pairs go up and down in value rapidly – the reality of near-constant access to trading (trading is conducted 24 hours a day, six days a week), the potential for massive leverage, and relatively-low transaction costs relative to other asset classes makes forex trading a promising opportunity for any interested trader.